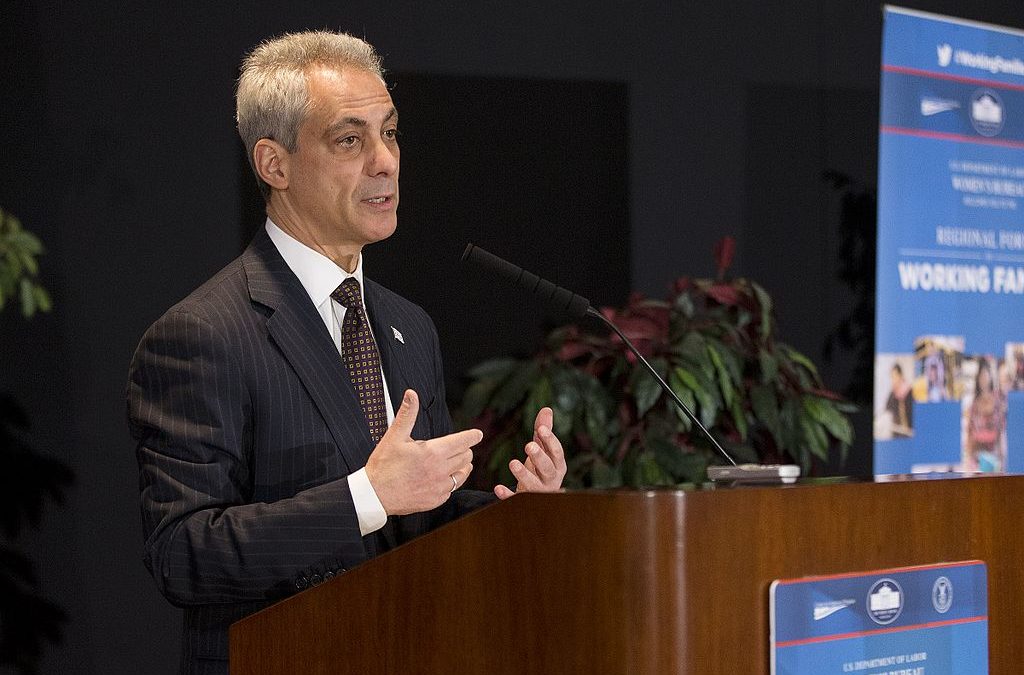 Chicago Mayor Rahm Emanuel announced today that he will not be running for a third term next year—a surprising statement, given that he had already raised millions for another run.

In a news conference, he declared: “This has been a job of a lifetime, but it is not a job for a lifetime.”

Certainly not for Emanuel. Over the past few years Chicago has seen a significant jump in violent crime, though that has finally begun to decline. Meanwhile, Chicago’s reputation for police misconduct has continued under his administration.

Many Chicagoans will remember Emanuel for City Hall’s attempt to block the release of dashcam footage showing police officer Jason Van Dyke fatally shooting teenaged Laquan McDonald seconds after arriving at a call. Officers on the scene insisted that McDonald had lunged at them with a knife, but the video footage showed that nothing of the sort had happened. A judge had to order the city to release the footage, and Van Dyke was subsequently charged with murder. Probably by sheer coincidence, jury selection for Van Dyke’s trial is scheduled to start this week.

For Liberty Staff, 9 hours ago 6 1 min read 718
Article from Reason by Scott Shackford.

Chicago Mayor Rahm Emanuel has created a disaster, and now he is running away from it. What a coward!