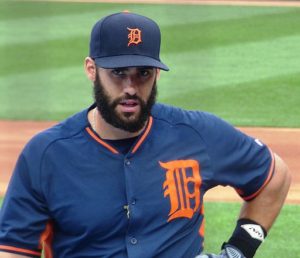 Article from Reason by Reason Staff.

Someone recently dug up an old pro-Second Amendment Instagram post by Boston Red Sox star J.D. Martinez, in which the potential Triple Crown winner posted a picture of Adolf Hitler featuring the quote, “To conquer a nation, First disarm it’s (sic) citizens.” Martinez captioned the post, “This is why I will always stay strapped! #thetruth.”

Needless to say, the discovery triggered a torrent of stories about the “controversial” nature of Martinez’s 5-year-old post—because, apparently, disagreeing with a Hitlerian sentiment is now a provocative position. As it turns out, Hitler never said the words in Martinez’s pro-gun meme, although the dictator indisputably embraced a policy of disarming, in both rhetoric and action.

Perpetuating a questionable quotation can happen to the best of us. But what seems to really tick off people—and it’s difficult to judge how many average sports fans really care about Martinez’s politics (I suspect far fewer than the coverage suggests)—is the notion that an armed population can be a freer one. “The rhetoric of invoking Hitler is indefensible because it trivializes what he and the Nazis did,” Mike Godwin of “Godwin’s law” fame told the Boston Herald. “It’s historically inaccurate to state that Hitler wanted to take people’s guns away. If anything, he wanted all citizens to have guns, except Jews.”

Avoiding Nazi analogies is, generally speaking, a very good idea. But there’s no evidence that Hitler wanted “all citizens” other than Jews to possess firearms. It’s true that the Nazis relaxed a few gun laws that had been forced on Germany after World War I, but by 1938, the Third Reich had banned all Jews, Gypsies, and “enemies of the state”—which is to say, anyone the state deemed problematic—from possessing any weapons, including knives, firearms, and ammunition. Even for other Germans, gun laws remained relatively strict.

Due Process Returning To College Campuses?