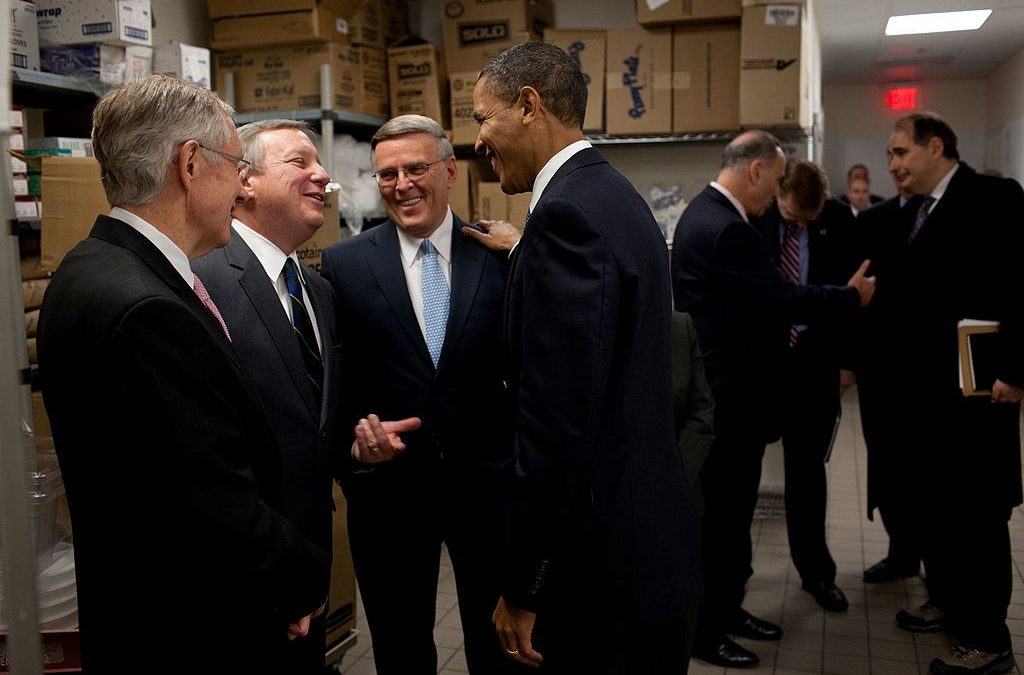 Article from The Hill by Alexander Bolton.

Durbin becomes the first Democratic senator to support the legislation, which would combine a House-passed prison reform bill with sentencing reform provisions from the Senate’s Sentencing Reform and Corrections Act.

Durbin endorsed merging the House-passed First Step Act, which some Democrats have criticized, with four provisions from the Senate’s sentencing reform bill.