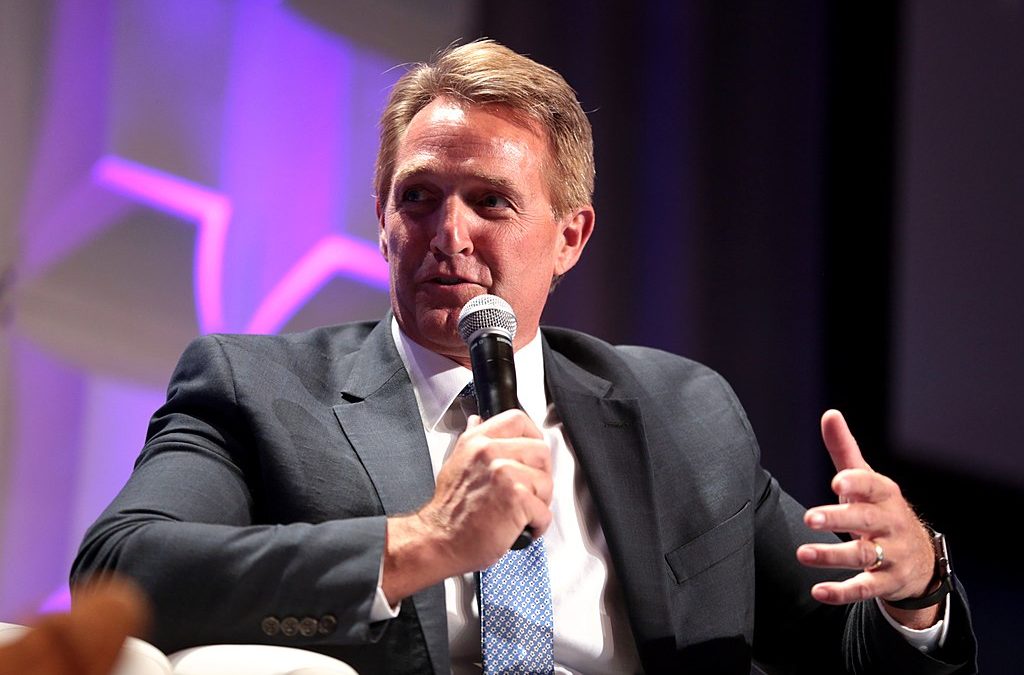 The alleged “conscientious conservative” from Arizona garnered media attention on Monday by comparing President Trump to Joseph Stalin. In a speech fawningly released to the Washington Post in search of praise, Flake said “It is a testament to the condition of our democracy that our own president uses words infamously spoken by Josef Stalin to describe his enemies. It bears noting that so fraught with malice was the phrase ‘enemy of the people,’ that even Nikita Khrushchev forbade its use, telling the Soviet Communist Party that the phrase had been introduced by Stalin for the purpose of ‘annihilating such individuals’ who disagreed with the supreme leader.”

In case you are wondering what provoked such sanctimony, it is that President Trump called out the media for their chronic, unfailing dishonesty; most Americans concur with the president on this one. Without a hint of irony, the Arizona Senator lamented as Trump was lambasting the media with a Twitter “Fake News” award show. This would be funny if real people hadn’t died because of communism.

In the real world, Stalin is said to be responsible for 43 million deaths. That may seem like arcane 20th-century trivia to Senator Flake, but living people are still dealing with the aftermath. Trump is clearly not repressing media, as Flake implies; Stalin’s living victims and their families had much more to fear than public derision. Flake’s comment is reminiscent of Senator Dick Durbin’s 2005 comparison of U.S. Military personnel at Guantanamo to “Nazis“. Rather than preening atop the graves of real victims, Senator Flake would have done better to focus on real abuses of the FISA Court, were he not too busy voting for them himself.

The Senate Passes An Evisceration Of Our Freedoms

Misinformation Is Not A Reason To Regulate The Internet

McCain is pain and Flake is a fluke. Neither belongs in the Republican party.

Flake would be better off if he would just go craw under a rock until his time is up.
If he wants to show any smarts he won’t ever run for public office again.

The Arizona Flake is the worst kind of Swamp Rat. He and McCain should go back to Arizona and play with their cousin, the rattle snake

We know Flake is a total flake.

Flake is demonstrating his ignorance.

He obviously jumps up to touch bottom.

Flake’s looking to be the next Joe Scarborough, a no talent loser who is a pretend “conservative” but sides with the left for a buck. He is a sad excuse for a human being. Glad to see he won’t be in congress in 2019.

What a failure- He belongs on CNN !