Home > Police State > The Growing Surveillance State Is A Bigger Threat To America, Than Immigrants 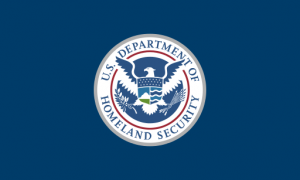 The Growing Surveillance State Is A Bigger Threat To America, Than Immigrants

Article from Rare by Cory Massimino.

Starting on October 18, the Department of Homeland Security will collect “social media handles and aliases, associated identifiable information and search results” on immigrants, including U.S. residents and citizens, and anyone who uses social media to communicate with them. According to Joanne Talbot, a DHS spokeswoman, the agency is already monitoring social media “to protect the homeland.” But does the homeland need more protection from immigrants online — or from the surveillance state?

During the 2016 presidential election, Donald Trump told us Mexican immigrants “have lots of problems” and are bringing drugs and crime with them over the border. Trump’s views that immigrants are making American society worse, shared by 37 percent of Americans, is driving his administration’s policies in the form of banning refugees, ending protections for Dreamers brought here at a young age, and cracking down on sanctuary cities.

But the war on immigrants did not start with Trump. In 1996, then-President Clinton instituted new penalties and mandates targeting immigrants and laid the groundwork for federal, state and local law enforcement to combine their surveillance and deportation efforts. After 9/11, then-President Bush almost doubled the size of Immigrations and Customs Enforcement (ICE) and set a new record for over 2 million removals. President Obama broke his predecessor’s record, but directed removal efforts largely away from families and children and toward recent border crossers and criminals.

The war on immigrants existed long before Trump and will likely continue long after he is out of office, regardless of which party is in power. He is merely the current face of anti-immigrant sentiment in America, acting as a sort of blunt instrument — and even blunter mouthpiece — for the millions who feel their country is under attack. But those who desire a more secure America should think twice before empowering the federal government to stalk social media, especially since those powers will outlast Trump.

Read the entire article at Rare.

Congress Must Stop The White House From Enforcing Secret Laws

Mexican immigrants are welcome in the United States of America. Why can’t you people who write this indoctrinating propaganda differentiate between immigrants and illegal aliens who cross into this country illegally? Immigrants are legal and follow our laws of entry. Illegal aliens are just that, they are just as welcome as home invasion criminals! Would you authors welcome home invasion criminals! into your homes around your family’s? I think not so why do you seem to welcome illegal aliens and their family’s into our country? Sanctuary for thieves and invaders, is this Baghdad of a thousand years ago? Be honest with the public and yourselves for a change and take a look at reality.

Illegal immigrants, for sure. No doubt about it. Build the damn wall. MAGA.