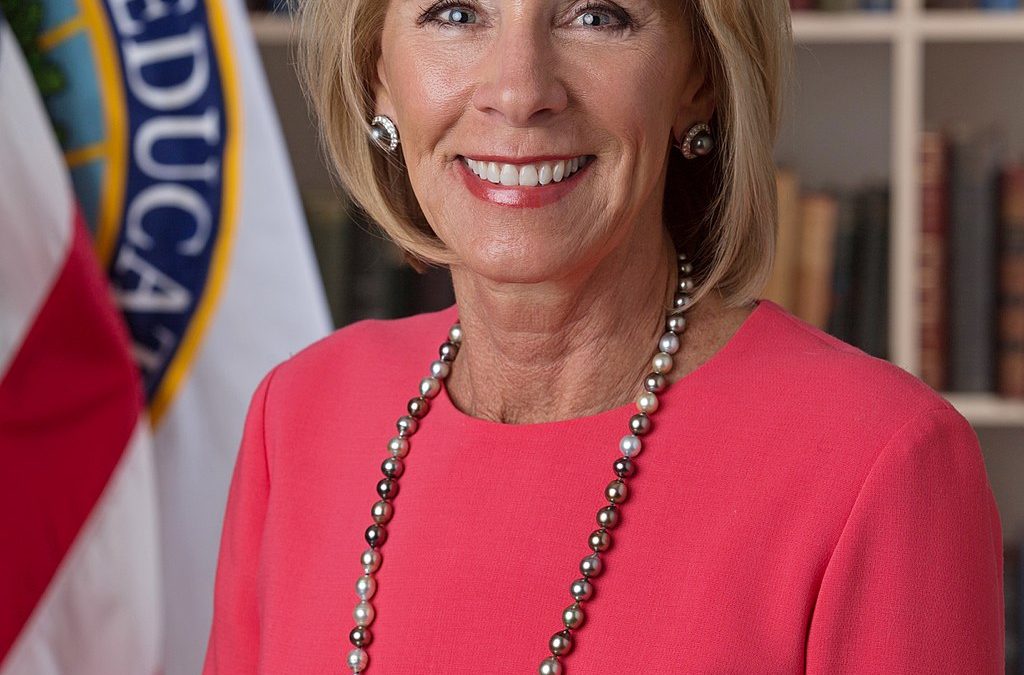 DeVos called the previous guidelines—distributed to colleges in 2011 as part of a “dear colleague” letter, then clarified in 2014—well-intentioned but flawed.

“These documents have led to the deprivation of rights for many students—both accused students denied fair process and victims denied an adequate resolution of their complaints,” reads the new “dear colleague” letter, which was signed by Acting Assistant Secretary Candice Jackson and approved by DeVos.*

The previous guidance chipped away at due process in several ways. It lowered the burden of proof to a “preponderance of the evidence” standard, which meant that accused students could be found responsible for sexual misconduct if administrators were only 51 percent convinced of the charges; it discouraged allowing the accused and accuser to cross-examine each other, reasoning that this could prove traumatizing for survivors of rape; and it stipulated that accusers should have the right to appeal contrary rulings, allowing accused students to be re-tried even after they had been judged innocent.

Read the rest of the article at Reason.

Mike Rowe Stands With The Flag