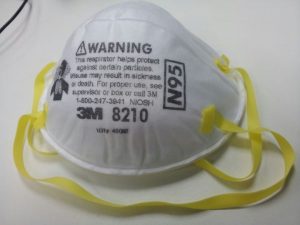 Law enforcement in Miami-Dade County in Florida is writing civil citations to individuals who fail to wear face coverings in public.

Local officials mandated face coverings beginning July 16 as part of an effort to stem a rise in coronavirus cases. Those cited for failing to follow the order are giving a $100 citation. According to the Miami Herald, More than 160 citations have been issued, including to some people who believe they were unfairly penalized:

Ronald Setoute was in a barber shop on July 17 in North Miami waiting for his turn to get a haircut when he says he pulled the face mask he was wearing down to his chin to take a drink of water.

Just at that moment, a police officer walked in and told him he was wearing his mask incorrectly and wrote him up for a $100 fine. Setoute tried to explain he understood the mask laws, but he said the officer did not care. His friends in the shop found the incident amusing; Setoute was usually the one following social distancing guidelines religiously.

…warnings to anyone not wearing a mask need to be backed up with the threat of fines and, for chronic offenders, even arrest. There is no time to waste on half-measures.

…at least 39 police officers to make sure that residents are following the city’s mandatory mask ordinance. Offenders will be warned but, if they refuse to comply, they will be fined. The first offense will cost $100 and the second another $100. With a third — God forbid — the offender will be arrested.

Local police are making 500 or more compliance checks every day to ensure businesses are following health and safety rules. Twenty-one businesses have been shut down for violations. They may reopen if they “review the new normal guidelines and submit an affidavit proving they have met the requirements to reopen.”