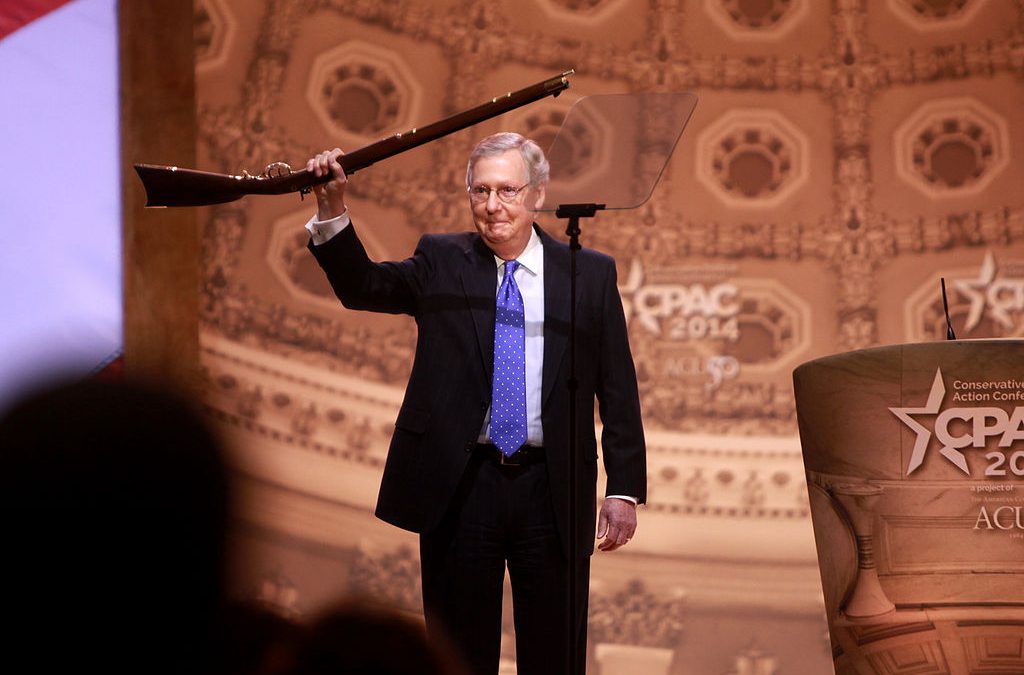 Senate Republicans have unveiled their latest coronavirus relief spending bill  — a $1 trillion package that offers much less, to far fewer, than the House Democrats’ $3.5 trillion bill, but still adds more debt to the nation’s balance sheet.

According to the Wall Street Journal, the GOP package:

…will include another round of direct $1,200 payments to many Americans, $100 billion in aid to schools and universities and additional money for coronavirus testing, according to administration officials.

State and local governments would get no additional aid, though the Republican proposal will grant them more flexibility in using existing federal assistance.

There are also items to cap unemployment payments and ban extend a moratorium on evictions.

The immediate question is when the House and Senate might strike a deal. The long-term, uncomfortable question is how all this deficit spending will affect the economy. As Veronique de Rugy writes, the political class may try to use the coronavirus as an excuse for all the spending, but the truth is, they were out of control long before the virus made its first headline:

…before this pandemic – and before the destructive reaction by government officials around the country – we experienced 10 straight years of economic growth, including in wage rates. That should have been the time not only to eliminate or reduce budget deficits but also to implement reforms aimed at ensuring fiscal prudence over the long run. Instead, however, Republicans and Democrats only further opened the government-spending faucet. Massive amounts of additional debt, a ‘gift’ to our grandchildren, were accumulated. And when spending caps got in the way of this spending spree, Congress simply got rid of the caps.

The Congress should put together a plan that will help the people. Things like another $1200 for people and families, help unemployment insurance or give a % of a person’s salary. No money for the FBI, no money to help cities balance their budgets. Typical Congress wanting to spend money for their pet projects

The duopoly has and races to increase dependency on government largess. Insanity by both parties.

I say give stimulus payments only to long time tax payers , SS recipients and former military……nothing else for anybody.

I like the GOP bill a whole lot better than anything the dim wits produced. Now let us see what the house and dim wits agree too. But please no bailout for the dim wit enclaves that have allowed the terrorist to run rampant.

That cost lies in their dim wit enclaves and should be paid by the voters who let them attain that power over their homes, lives and property. It is obvious the dim wits don’t give a damn about their legal constituents unless they are impacted too and are following the agenda of destruction to make this country a third world crap hole.