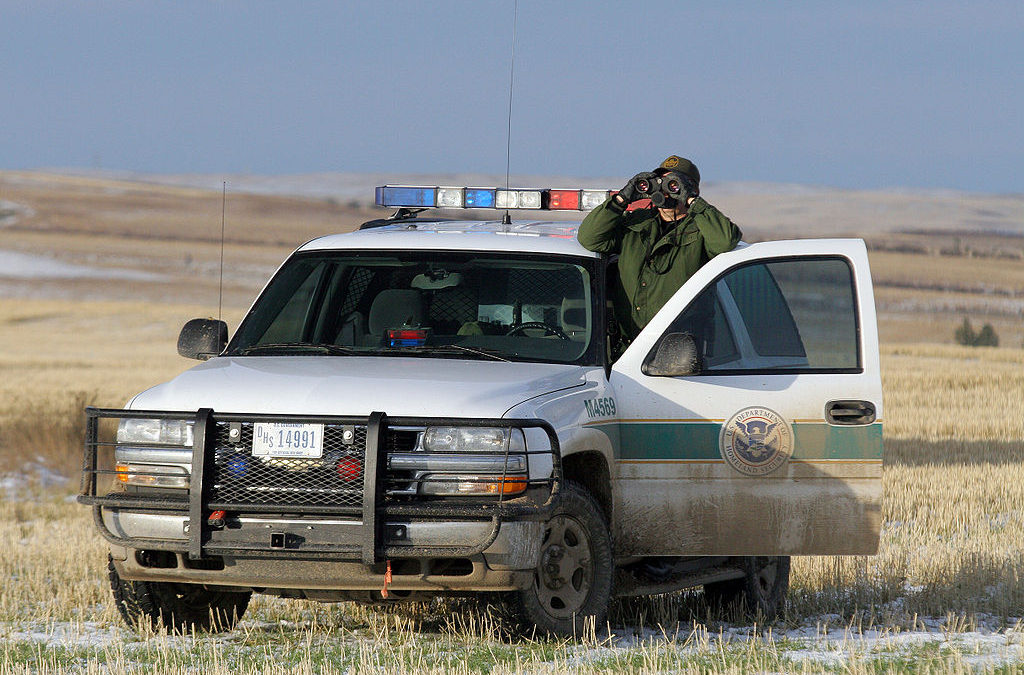 The U.S. Customs and Border Protection agency has released a “privacy impact assessment” report detailing how it uses license plate reader technology. Buried in the text are warnings that the agency is collecting and storing data on tens of thousands of innocent people without their knowledge or consent.

The CBP says that while the intent of license plate readers is to help enforce U.S. immigration laws, its surveillance is so extensive the only way they can avoid falling into the data net is “to avoid the impacted area, which may pose significant hardships and be generally unrealistic.”

According to TechCrunch, the CBP had a similar problem with facial recognition programs at airports:

…in 2017 during a trial that scanned the faces of American travelers as they departed the U.S., a move that drew ire from civil liberties advocates at the time. CBP told Americans that travelers who wanted to opt-out of the face scanning had to “refrain from traveling.”

In a statement on its privacy assessment, a CPB representative said: “How would you be able to opt-out of a license plate reader? Can I opt-out of speed cameras here in DC?”

Post Office Leaders Warn the Mail May Be Delayed

No Realistic Way to Opt Out – or Avoid – CPB License Plate Readers. This only affects Good People, The bad guys will steal vehicles and / or Valid Lic. Plates, just like they do to obtain Guns!

All VA’ hospitals have these readers as well. I literally just saw these being installed about a month ago. We can thank the Clinton’s , the second Bush and Obama for this. This was the creation of the Patriot Act, Homeland Security, TSA , and the secret surveillance on Americans. This is no “Conspiracy Theory” it is a fact. People need to wake up and look around.

If you are not a criminal a drug trafficker or illegally in this country you have no worry — No we don’t want this but the Bush- Clinton-Bush-Obama Continuum destroyed freedom as we once knew it until all commies are dredged out of politics.

Option One; Don’t break the law, then authorities really don’t care who you or where you are going!
Option Two; Move to Portland, OR., Chicago, IL, New York, NY, or any of a number of other Democratically-Ruin cesspools and let the local elected officials ‘barter’ your info to the thugs for contributions and votes!

There are more than a few technologies that scramble what a camera can see. Do your research. BTW, Epstein didn’t kill himself and building 7 didn’t fall (in its own footprint and at free-fall speed) from office fires.

GOOD HIT Friend! There is ONLY one way to prove all that they say, and that would be “FORENSICS”. PICTURES can be photoshopped and chopped and all that you said above. It is said that a picture tells a thousand words, but they can a thousand Lying words! FORENSICS don’t lie, people do, and so do computers in many a fashion!

THERE IS “ONLY” one way to OPT out of this One New World Order” and that is to just say “NO” and take what comes! This world desires for you to do what it tells you to do, and go where it tells you to go, the way, it tells you, and when and IT desires to control all facets of your life/lives! It wants YOUR “SOUL!” The “IT” I am talking about is “the god” (the god=Allah ask any Muslim) of this world hath blinded the minds of them that believe not, lest the light of the glorious gospel of Christ, who is the image of God, should shine unto them. LOOK: I gave half of this miserable life to this GODLESS depraved world, and IT just can’t have any more! There is nothing more that this world can offer me that I want or need! Phil 4:19KJV GOD help all of us that must and WILL take a stand against what will come! 2 Tim 4:2-8 KJV (ONLY)