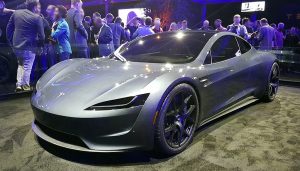 The House of Representatives approved a nearly $500 billion highway bill that “[s]ubstantially increases transit funding out of the Highway Trust Fund,” a move critics say diverts billions of dollars that could go to making roads safer into subsidizing obsolete forms of transportation.

Cato Institute senior fellow Randal O’Toole writes, the bill’s priorities have a back to the future feel:

O’Toole notes that today, passenger cars and trucks “moved well over 90 percent of passenger travel, with the remainder divided among non‐​transit buses and motorcycles.”

Why the focus on trains?  O’Toole says it’s a misguided belief that trains travel is more energy-efficient, and pollutes less. The reality is rail travel isn’t as green as it’s made out to be:

In the few places where transit and Amtrak are greener than driving, it is usually because they use electrical energy in states that rely heavily on by nuclear or hydroelectric power plants. Driving an electric car would do just as well.

Does the House ever research anything. Where are their brains. Most regressive bunch of people i have ever seen.

There are two brains in the democ rat party. One is lost and the other one is forming a committee to fund a search for it.

Whoo . . .hoo . . . the slave trains will roll with Agenda 21 – fecal matter, used syringes and urine filled train cars – slaves, get on board for the ride of your life –

Ok …..so I take a train 20 to 50 miles away where I have to go…get off the train…how do I get to my destination 20 miles from the train station…?

On a donkey, of course!

Yah, Mule! Yah, Mule! says Yosemite Sam as he’s bouncing up and down on his mule.

Whatever happened to that $Trillion infrastructure spending spree in the last administration?

Obamas boys sent that to Iran

Taxpayers should be able to stop payment on their paychecks when they do nothing but release crap like this and harass our President. None of these losers deserve to be paid anything.

This is just part of the Green Deal that the Democrats want. They want to get rid of fossil fuels which would include gasoline. Don’t drive your car. By doing this you will not pollute this country. Take the train
People WAKE UP. If the Democrats win the Presidency and take over both branches of Congress, This is just one of the things that will happen
TRUMP 2020

Just stop paying your taxes every April 15th. If everybody stopped paying them, what could they do, throw everyone in to jails ? Or course income taxes are illegal under the constitution. Three times the Supreme Court made that decision in 1916, 1919, and 1921. But that is inadmissible to bring up in the tax kangaroo courts. Best defense is to have a jury trial, then tell the court to find the law that states that you have to file, or pay taxes. When they don’t produce it, you win. Even the best tax people can’t find any law in the tax codes. Many have tried, all have failed to find it. It’s called “Mandatory voluntary” . Basically, it means they put a gun to your head and saying you voluntarily gave it to them. That’s our tax system in a “Nutshell”.

Definition of stupid always comes up DemonRAT.. Actually 90% of all heavy Locomotives in the USA are HyBrids…”Since the 1940’s”… The Diesel Engine that you hear runs a Generator that supplies power to the Electric Motors located between each set of wheels. O’troll likes loves light rail that no one seems to ride.
In a large city near me everyone rides buses. On three/four cars of light rail run in that same city, you might see a handful of passengers riding at any given time . And the cost for building the light rail was totally astronomical. O’troll here’s a one finger salute for being a wasteful outdated tax eating hog.

100 years behind the times.

Sounds normal to me.

You people at Liberty dropped my comments, Why? You must be part of Twitter!! What a bunch of jerks you are!!!

You people at Liberty dropped my comments, Why? You must be part of Twitter!! What a bunch of jerks you are!!!
No I haven’t said this before!!

These fools should be running a zoo, they would probably screw that up also

Just keep in mind that they simply come up with things based on the fantasy world THEY LIVE IN. When is the last time you think Nancy ever shopped for her own groceries, ever drove anywhere, ever flew on a commercial airline ? Mostly they take in flawed info and poop out the same flawed ideas. Perhaps it boils down to those who may also be paying them “stipends” for endorsing their special interests. In any case th
real problem is how they same people keep getting elected. Right there is evidence of fraud – or truly ill informed voters at best !

I haven’t flown since 1992 and drive on any travel I do now. I’m not in that big of a hurry and will not put up with the things people have to go through to board a plane these days. If there were more rail destinations available, I would take a train. Bigger seats, better food, and ground level sightseeing instead of looking a Google Earth overhead view from 30,000 feet. Since I’m “old” and don’t bury my face in a miniature screen all of the time, I enjoy seeing the scenery passing by a window. Ever watch an old movie where they showed a dining car where you could sit at a table and order a real on board cooked meal, a club car, an observation car, or a private compartment car? You aren’t a sardine in a can on a train, you have seat room and can easily move around. I don’t know how the air traffic controllers manage the bee swarm traffic around many airports today and it’s only going to get worse.