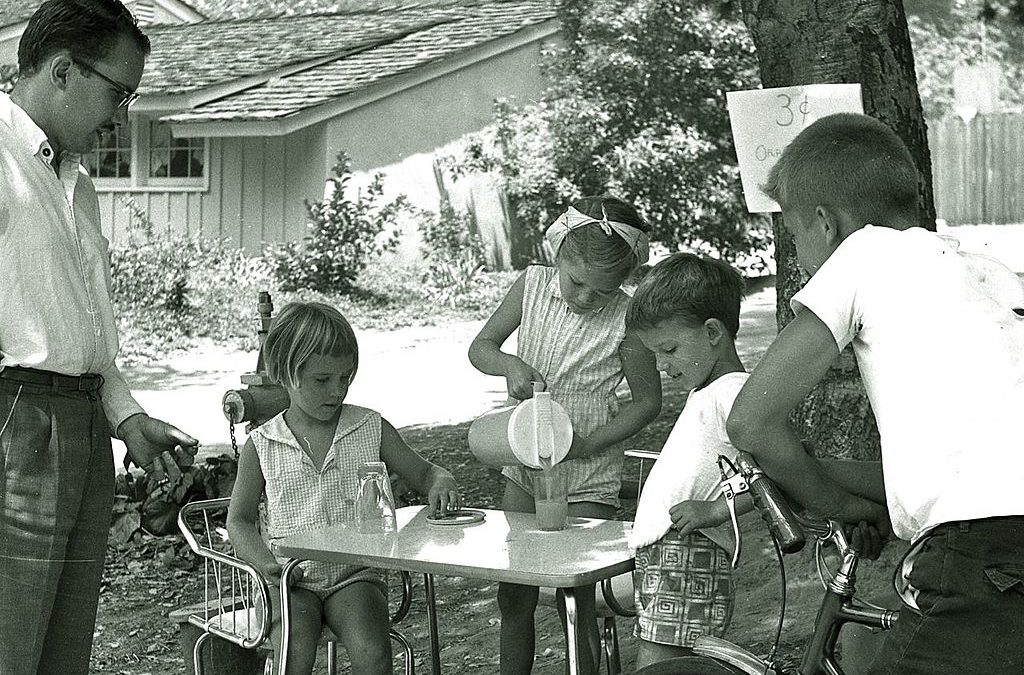 As the major political parties fight over when and how to reopen the nation’s more than 13,000 public school districts in the fall, a number of parents are actively pursuing another option: homeschooling.

According to Kerry McDonald, some parents moving to homeschool their children “fear of the [coronavirus] itself is a primary consideration in delaying a child’s return to school.”

For others, McDonnell writes, it’s not the virus giving that’s making them reconsider government schools. It’s how the government is responding to the virus and “the real possibility that at any time schools could be shut down again due to virus spikes” that has them concerned.

Some public schools are pushing back against the homeschoolers, trying to make it more difficult for parents to withdraw their kids from the public school system:

“We see this across the country,” [T.J. Schmidt, a lawyer for the Home School Legal Defense Association] said. “I’ve had school officials attempt to prevent or dissuade parents from pulling their kids out.”

He said schools have been unable to process the paperwork to withdraw students from the public school system.

Another reason why some parents are looking more closely at homeschooling? Their experience seeing, first hand, what their kids are learning in public schools:

…it could be that many parents are getting a closer look at their children’s curriculum, some perhaps for the first time, and they are alarmed by what they see. They fear that quality of education they are seeing on their kids’ Zoom classes is emblematic of what’s normally offered.

first and foremost is these public schools are out of touch with the child’s parents. they got authority than the POTUS. teaching K-12 grades: forbid to have God in school, no pledge of US flag, how to use a condom, provide birth control or any medication without parent consent, making a false argument to social welfare agent on child’s welfare, excessive lunch program not following the proper nutrition guideline and on and on. no, my two sons went through parents oriented guideline, not the school district lunatic teachers that have no credential in the first place to teach

From the looks of your post you did not spend much time in school.

In school they teach to capitalize the first letter in a sentence and end it with a period.

Where did your kids learn to use a condom?
Other forms of birth control?

Do you your sons currently hold well paid executive positions?

You are in denial of the truth. I work at a school. The garbage they teach and the money they waste is sickening.

You mean that like the White Man the Native North Americans were flawed human beings.

If the Red Wan did it it is cool for the Whites to do the same.

However, you haven’t addressed domaho’s valid complaints. All too many public schools, but not all, teach subjects that parents disapprove of on patriotic and moral grounds.

Children who mention the Judaeo-Christian God and Jesus are punished while schools take children to mosques and have them cite the Shahada. Many schools ban Christian celebration of holidays but allow other faiths to celebrate theirs. Some disallow students when writing about who their most admired person or event is to use Biblical people or events. Yet writing favorably about leftists, communists, and anarchists is fine. Schools are now suspending or expelling students who post scenes of their engaging in hunting, target practice, or receiving a gun as a gift from or with parents. Some even punish children for praying over lunch.

In addition, many public schools don’t teach the history of America, the Constitution, or about civics other than to deride them. They deride the Founders and Framers but praise those who’d tear down America. Some also push subjects encouraging adolescent sex, abortions, and drugs.

Now when I was in school, they taught us to address issues raised, not to attack the person raising the issues.

Our teachers should be taking our children to synagogues, churches and mosques.
A well rounded education requires it.

Sweeping generalities are the lair of the uneducated.

There is so much to deride about the Founders and Framers.
Their support for slavery first and foremost.

Why do you have to be the grammar police? I’m sure you’re not as perfect as you’d like to appear as well! Many already knew what they were talking about before you started trolling the other person. Remember, what goes around comes around except it’s about 10 times higher.

Have you ever done any teaching?
Where did you earn your credentials?

Adjunct Professor, Introduction to Instrumentation and Controls.
And you?
I have made over (well over) $250,000 in only two years (sold patent rights).
I spend the majority of my time sailing.
I have now done four classes on board.
It is a good laboratory, modern racing boats are chock full of my kind of stuff.
I am the product of public education.

Home School is the only way the go

What percentage of Americans earning over $250,000 a year were homeschooled?

What the hell does that have to do with earnings. There are people with little education that are self made millionaires. Your attack on spelling is ignorance to face the truth. I know Alinsky #6

Most everything.
Look at the correlation between formal education and wealth.
The outliers are few and far between.
How many brain surgeons were homeschooled?

I did not attack spelling, I defended it.

Were you homeschooled?
It appears to be so.
Homeschool is one word.
You would have to homeschooled to capitalize the S.

As a retired teacher I have seen first hand how some of the liberal faction who were teaching at the high school I taught at attempted to indoctrinate students with their liberal narrative. A lot of this occurred in Social Studies classes as these were the ones where controversial subject matter would occur the most. Instead of presenting both sides or facts of a subject evenly or factually the liberal teacher would present the liberal point of view with all kinds of information and positive opinions and present the conservative or other side with negative or partial facts. If parents would question their kids and ask questions of their kids as to what they are being taught in school I think they would see this for themselves. These liberal teachers are good at hiding this as they know they are not supposed to do this. They were required by the district to present both sides evenly and let the student decide for themselves. I know of this because I had many discussions with these liberal teachers and with the administration about what is and was going on

As a retired teacher did you see first hand how some of the Conservative Faction who were teaching at the high school you taught at attempt to indoctrinate students with their Conservative narrative?
Did you observe Conservative Social Studies teachers telling students that Manifest Destiny was a God given right?
The Indians were heathens.

What did you tell your students about Manifest Destiny?
Did you fully cover all points of view?
Or just the one you want to be true?

The Indians were saves that raped and murdered men woman and children. They took and made slaves out of other tribes and yes the evil white man. they even took their black slaves along with them on the trail of tears. You are so ignorant Rudolph Hess

Were there about an equal number of Conservative and Liberal teachers at your school?
Conservative or Liberal did you expect them to teach both the Liberal and Conservative point of view?
Did you?

They are expected to teach the truth. the liberal progressive side to anything is indoctrination to lies. that is why you are so angry and ignorant.

DemonRats idea behind better education is just throw more tax dollars at the problem and it will go away.
Down with DemonRats ..

Hess is a true Nazi Anti-American anarchist. Don’t pay any attention to him, don’t give him the time of day with any responses to his malicious claims. He is a typical super Asshole who thinks he knows everything but is truly ignorant.

I AM A USE TO BE SCHOOL TEACHER OF 39 YRS. FIRST OUR PUBLIC SCHOOLS STARTED CHANGING WITH AFFIRMATIVE ACTION. HIRING WOMEN & PEOPLE OF COLOR OVER THE BEST QUALIFIED, THEN TAKING DISCIPILINE AWAY FROM PARENT, PRINCIPALS, TEACHERS , THEN 8 YRS OF CORE WHICH DIDN’T TEACH HISTORY, HONESTY, LOYALTY, ECT NOW WE HAVE A BAD VIRUS ???? THEY WANT TO CLOSE THEIR DOORS INSTEAD TO OPENING THEM UP BY USING OUTDOORS (FT SOCCER,BASEBALL,SOFTBALL, ECT FIELDS. CHANGE TO A 6 DAY WEEK SO SOME STUDENTS COME MWF ,OTHERS T,TH,SAT,,, I COULD GO ON AND ON GOT TO PROVIDE BETTER EDUCATION IN THE INTER CITY SCHOOLS (MANY OF MY PLAYERS WHO CAME FROM CHICAGO BALTIMORE, NY, LA COULD READ AROUND THE 4 TH GRADE LEVEL.. WHEN THEY GOT THEIR AA DEGREE MOST READ @ THE 10TH GRADE LEVEL ORHIGHER I QUESTIONED MY 5 GRANDKID ABOUT THIS YR ED @ HOME. NOT ONE SAID THEY LEARNED MUCH.. WAKE UP AMERICANS WE HAVE TO OPEN UP OUR CHURCHES (same methods I have been talking about) SO WITH THAT BEING SAID LETS MOVE ON

I AM A USE TO BE SCHOOL TEACHER OF 39 YRS. FIRST OUR PUBLIC SCHOOLS STARTED CHANGING WITH AFFIRMATIVE ACTION. HIRING WOMEN & PEOPLE OF COLOR OVER THE BEST QUALIFIED, THEN TAKING DISCIPILINE AWAY FROM PARENT, PRINCIPALS, TEACHERS , THEN 8 YRS OF CORE WHICH DIDN’T TEACH HISTORY, HONESTY, LOYALTY, ECT NOW WE HAVE A BAD VIRUS ???? THEY WANT TO CLOSE THEIR DOORS INSTEAD TO OPENING THEM UP BY USING OUTDOORS (FT SOCCER,BASEBALL,SOFTBALL, ECT FIELDS. CHANGE TO A 6 DAY WEEK SO SOME STUDENTS COME MWF ,OTHERS T,TH,SAT,,, I COULD GO ON AND ON GOT TO PROVIDE BETTER EDUCATION IN THE INTER CITY SCHOOLS (MANY OF MY PLAYERS WHO CAME FROM CHICAGO BALTIMORE, NY, LA COULD READ AROUND THE 4 TH GRADE LEVEL.. WHEN THEY GOT THEIR AA DEGREE MOST READ @ THE 10TH GRADE LEVEL ORHIGHER I QUESTIONED MY 5 GRANDKID ABOUT THIS YR ED @ HOME. NOT ONE SAID THEY LEARNED MUCH.. WAKE UP AMERICANS WE HAVE TO OPEN UP OUR CHURCHES (same methods I have been talking about) SO WITH THAT BEING SAID LETS MOVE ON

I DID NOT SEE THE NAME OR EMAIL