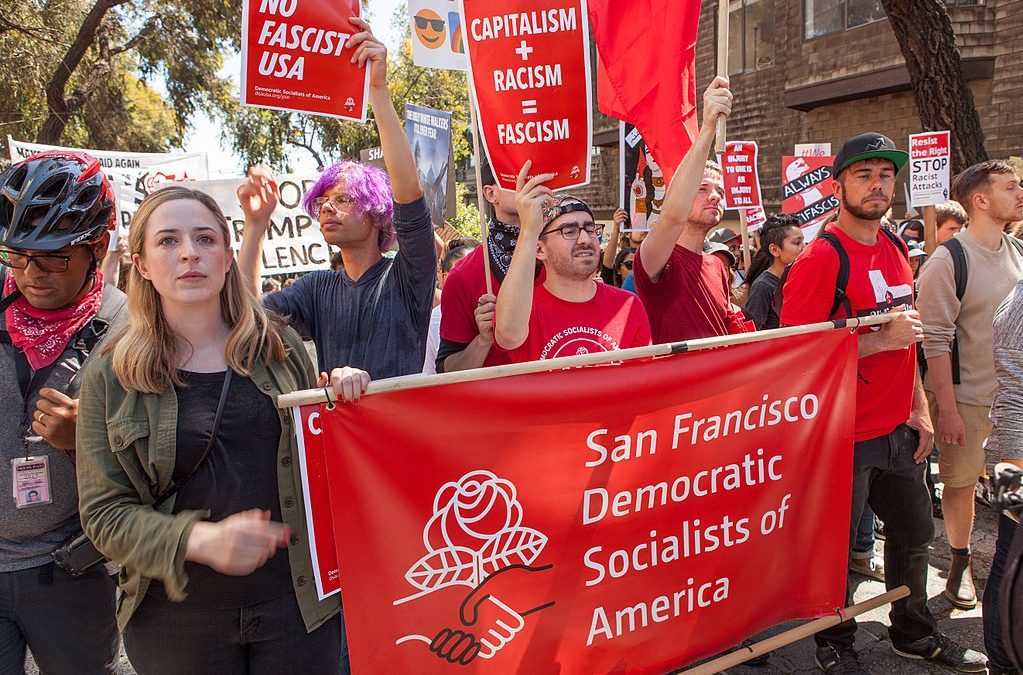 Out of camera range, there’s another kind of protest march underway, this one aimed at silencing – or “canceling” – the opinions, and even the careers, of those who aren’t sufficiently woke.

UCLA recently suspended a lecturer, Gordon Klein, after he declined a demand that he make a final exam “no-harm”—that is, it could only boost grades—for students of color traumatized by the events in Minneapolis. Klein refused, in accordance with guidance from UCLA’s administration not to give students much leeway on exams. In response, the activists launched a change.org petition to get Klein fired, and the school suspended him. His irritated reply to the activists—that he would not give preferential exam treatment to students because of their skin color—has prompted UCLA to investigate him for racial discrimination.

Those hounding wrong-thinking academics have some very influential allies:

University of Chicago economist Harald Uhlig, who had the temerity to criticize some of the more radical demands the protesters have made, is now being pressured to resign as editor of the school’s Journal of Political Economy. In this case, it’s not random students doing the pressuring, but some of the biggest names in economics: New York Times columnist Paul Krugman, University of Michigan professor Justin Wolfers, and even former Federal Reserve chair Janet Yellen, who told the Times that “it would be appropriate for the University of Chicago, which is the publisher of the Journal of Political Economy, to review Uhlig’s performance and suitability to continue as editor.”

David Bernstein notes the “Maoist-style” apologies extracted from those who have and bad thoughts, forcing some on the left to wonder where the closed-minded illiberalism on display will lead.

Inevitably, it leads to a reaction – and a self-styled revolution eating its own.

Police Militarization Back in the Spotlight

If a college is giving preferential treatment to someone based on race – that’s racism. They’re asking him to do exactly what they claim they’re against. The college could lose their accreditation.

No liberal college will EVER lose its accreditation for rampant discrimination against conservatives, Republican, Libertarians, whites, or Christians. Only conservative Christian colleges can lose their accreditation or tax exempt status. Do you recall the cases of Bob Jones University and Grove City Colleges?

If this man is fired then UCLA should be closed for stupidity. I know California is weird from their sanctuary cities all the way to the far left democratic beliefs but this is ridiculous. To the professor you need to fight stand up for what you believe in stand up for is right . don’t let these radicals tell you that you’re wrong.

This is a worse offense than the hollywood parents committed by being the college entrance for their children.
Whats suggested here is called cheating and it harms every other other student.This kind of mentality from college administrators is reprehensible and unethical. We definitely need to fix the public education system but this is not the right way to do it. It is a proven fact that children that go to Charter schools do much better.Common Core has proven itself a failure.There has been much talk about our education system over the years but no action. It is now time for action. Giving someone a grade that they don’t deserve sets them up for failure.

If the poor little woke snowflakes are so traumatized by the actions of a bad cop half a continent away then they need to apply for an administrative drop.
Otherwise, stand on your own two feet and act like an ADULT.
During the time when I was pursuing a BS in Business Administration [after 6 years in the Navy] these spineless crybabies would have found themselves in front of the Dean of Students being told to act like adults or get out of the University.

Academia led to Chaz-mania. Review Chaz events:
People walked in and claimed land that did not belong to them (imperialist colonization)
Upon doing so, they immediately built a wall
They placed armed guards at all entrances and only allowed in Woke folks who thought the same as they did on all subjects.
It’s tyranny, fascism, imperialism, censorship, et al rolled up into one. It is exactly what most of these folks learned in Academia.

Hopefully people will take up arms and make these radicals pay with their blood. It’s the only way now.

It’s past time to start the civil war. only one thing that man can do about stupidity cause it can’t be treated, you have to delete it.

The country is pandering to rabid animals, every time they give in to the animals they endanger American lives

Never pander to the mob, it’s vey dangerous. “Jobs – Not mobs” as out duly-elected president has said.

You cant tell me these people aren’t being radicalized in these colleges. There has to be a way to de-fund or regulate the curriculum that goes into these places. These people look like zombies that have been programmed. I’m not one for government intervention but the country is at stake.