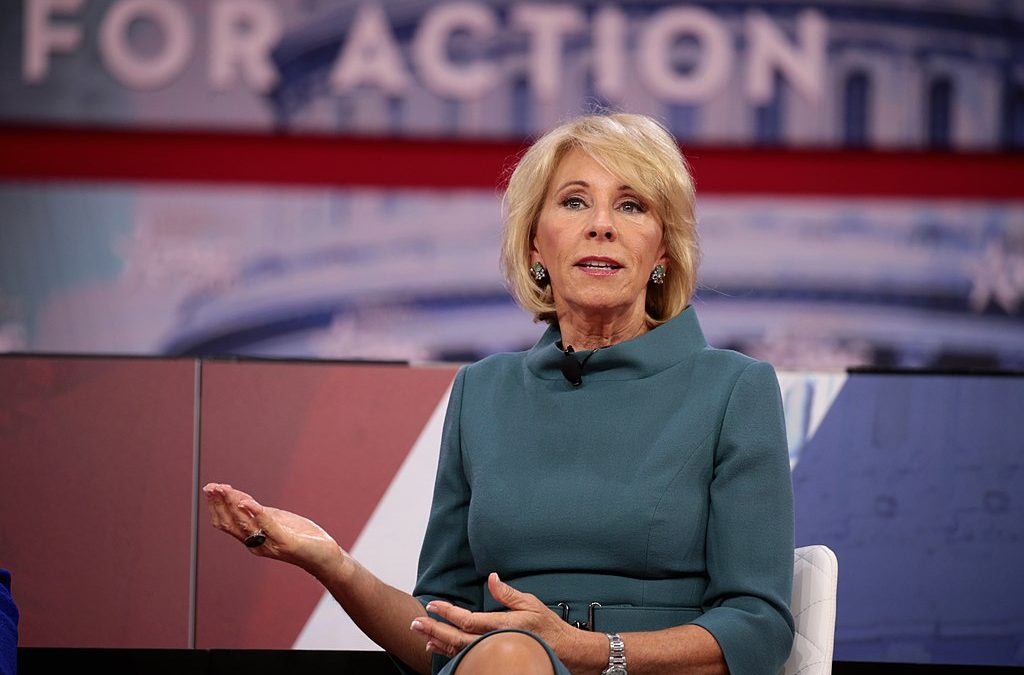 The American Civil Liberties Unions has joined a number of other organizations suing to block U.S. Secretary of Education Betsy DeVos’ planned changes to campus sexual assault procedures – changes that DeVos says are designed to give those accused the right of due process.

The suit alleges the new rules:

…weaken Title IX makes it more difficult for victims of sexual harassment or sexual assault to continue their educations and needlessly comes amid a global pandemic,” according to the suit, which was filed in U.S. District Court in Maryland by the American Civil Liberties Union and the New York-based law firm Stroock & Stroock & Lavan LLP.

DeVos said the changes she proposed would offer due process protections for those accused of sexual assault:

Among the most significant changes are new regulations aimed at beefing up protections for accused college students, by mandating live hearings by adjudicators who are neither the Title IX coordinator nor the investigator, and real-time cross examination of each student by the other student’s lawyer or representative.

Under the new regulations, students also have a right to appeal, and schools are allowed to raise the evidentiary standard from “a preponderance of the evidence” to “clear and convincing,” making it harder to find a student responsible for misconduct.

Also, the definition of sexual harassment narrows, so only that which is “severe, pervasive and objectively offensive” warrants investigation. On the other hand, dating violence and stalking would now be added to the kinds of offenses that schools must respond to.

National Review’s Kyle Smith writes that the ACLU’s challenge of these proposed rules overturns the group’s long-held beliefs because of tribal politics:

Judicial or quasi-judicial proceedings are not supposed to be founded on the assumption that the crime alleged occurred and that the accused is guilty. The presumption of innocence is at the very heart of a liberal society’s conception of criminal justice.

The ACLU is, itself, a terrorist organization within this country. If anything makes sense, the ACLU is against it. —

A S K
Reply to  MillieK

AVLU, It is a terrorists organization.

ACLU is communist Chinese boycott them.

The ACLU is Chinese? How so?

The ACLU has long been co-opted by Cultural Marxists. It now stands for American Civil Liberties Underminers.

The ACLU was founded on the heels of the Bolshevik revolution in Russia, by communist Roger Baldwin, who said: “communism is the goal.”