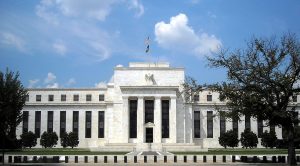 It’s no secret the federal government’s unprecedented spending over the last month was going to result in genuinely terrifying budget deficits. But just how bad will it get?

The Manhattan Institute estimates the federal government’s deficit could be $4.2 trillion this year – that’s 19 percent of GDP, trailing only the deficits the nation endured during the darkest days of the Second World War:

Those numbers could get even worse. House Speaker Nancy Pelosi is pushing for a new, $1 trillion bailout for state and local governments – double the figure initially under discussion.

As part of an earlier, $2.2 trillion relief package, state and local governments were allocated $150 billion to cover the costs of their coronavirus mitigation and containment efforts. But local officials have complained these funds do not allow them enough flexibility to meet ongoing needs – including replacing lost tax revenue that supports normal government services.

Congressional Republicans have pushed back, saying they do not want to bail out states with a history of poorly managing their finances.