Home > News > Welfare is the Enemy of the American Dream 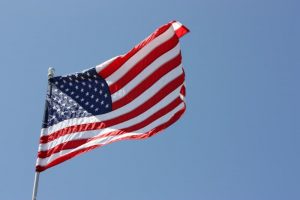 Welfare is the Enemy of the American Dream

Article from The Hill by Cliff Maloney.

In the wake of President Trump’s decision to toughen work requirements for food stamp recipients last week, Democrats and mainstream media elites are outraged at the thought of nearly 700,000 people breaking free from the shackles of government dependency.

Make no mistake: Americans should feel relieved to see a glimmer of common sense in the midst of the Democrats’s crusade to plunge the nation into socialism. Rather than celebrate this as an opportunity to end America’s chronic addiction to welfare, however, left-wing talking heads are once again terrifying the American people with more doomsday prophecies of social and economic collapse.

Following the 1996 passage of the Personal Responsibility and Work Opportunity Act (PRWORA), many Democrats predicted catastrophe then just as they are now. Sen. Ted Kennedy (D-Mass.) claimed it would “leave many welfare recipients unemployable” and “children ill-fed, ill-clothed and ill-housed.” Sen. Frank Lautenberg (D-N.J.) said streets would “look like the streets of the cities in Brazil” with children “begging for money, begging for food [and] engaging in prostitution.” A July 1996 study released by the Urban Institute even estimated that over a million children would soon go into poverty.

Now, with job openings outnumbering unemployed workers by the largest margins ever, no excuse remains as to why able-bodied Americans cannot work. The incentive to take a job regardless of the wage must replace the attitude that the government can take care of us “from the cradle to the grave.”