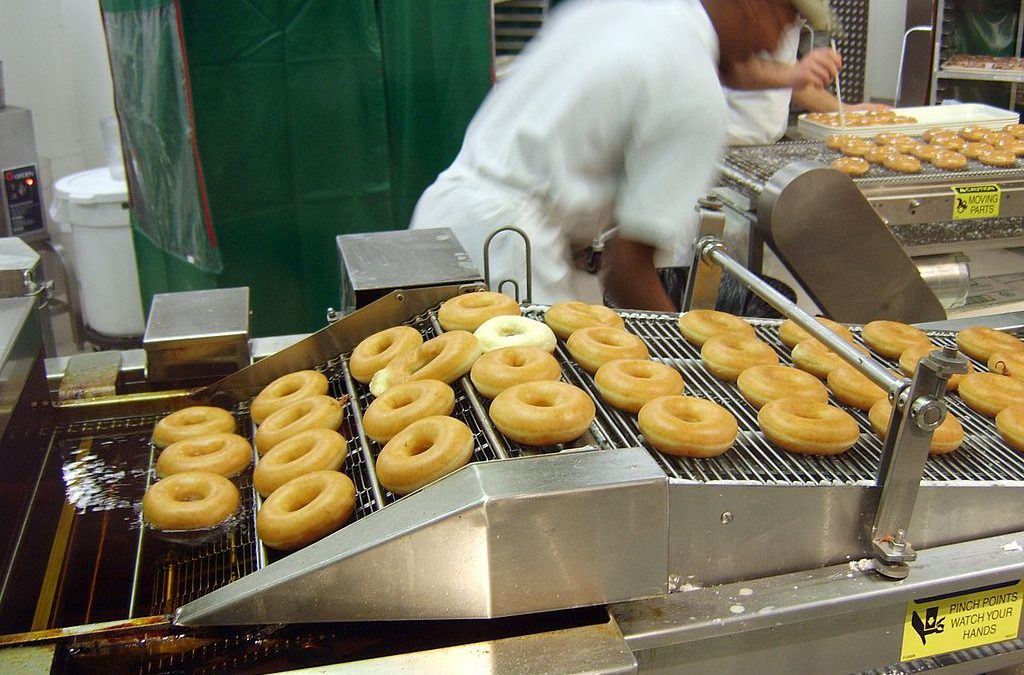 For months, Minnesota resident Jayson Gonzalez would drive nearly four hours from his home in Champlin to Clive, Iowa, in order to purchase dozens of boxes of Krispy Kreme doughnuts before making the four-hour drive home.

In total, Gonzalez packed his Ford Focus with up to 100 boxes, each with 12 doughnuts inside. As The St. Paul Pioneer Press reported, Gonzalez charged customers $17-$20 per box, with some spending upwards of $100 on each of his trips. The money Gonzalez made went toward his college education.

Gonzalez made the eight-hour round trip every weekend and had amassed quite a number of customers hankering for the doughnuts.
…

Gonzalez told the Pioneer Press that Krispy Kreme had told him to “cease” and “desist,” suggesting his small business could create a liability for them, even though the young entrepreneur bought the doughnuts at full cost out of his own pocket.