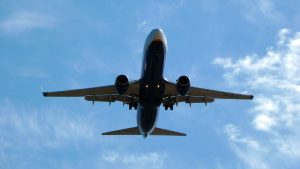 Lawsuit alleges profiling by Frontier Airlines. In what’s becoming a sadly regular occurrence, another multiracial family has been profiled by airline staff as being involved in human trafficking. In this case, 55-year-old Peter DelVecchia, a white man, was traveling with his adopted 12-year-old son, who is black. According to a lawsuit DelVecchia filed in federal court, Frontier Airlines staff accused him of sex trafficking his son and detained the boy in the back of the plane.

DelVecchia alleges that the only basis for this confrontation was the fact that he and his son don’t have the same skin color.

This wouldn’t be the first time that’s happened. A rash of recent incidents on flights and at airports feature false fears of human trafficking that seem to be based on nothing more than staff or onlookers—including Cindy McCain—finding children or women traveling with a man of a different race or ethnicity to be suspicious.

Small-minded people like this have surely always existed. But these specific bits of speculative bigotry—the fear that folks are using commercial airlines to smuggle kids into “sexual slavery”—are part of a paranoid scheme spread by the Department of Homeland Security (DHS) and other authorities as part of “see something, say something” efforts. And as part of this, flight attendants and airport staff now get trained to intervene in what federal officials (falsely) portray as an epidemic of airline-based sex trafficking which can be spotted by good Samaritans who know the “signs.”

Image Credit: By xlibber (Another Airplane!) [CC BY 2.0 (http://creativecommons.org/licenses/by/2.0)], via Wikimedia Commons

The Next Big 4th Amendment Case in Front of SCOTUS