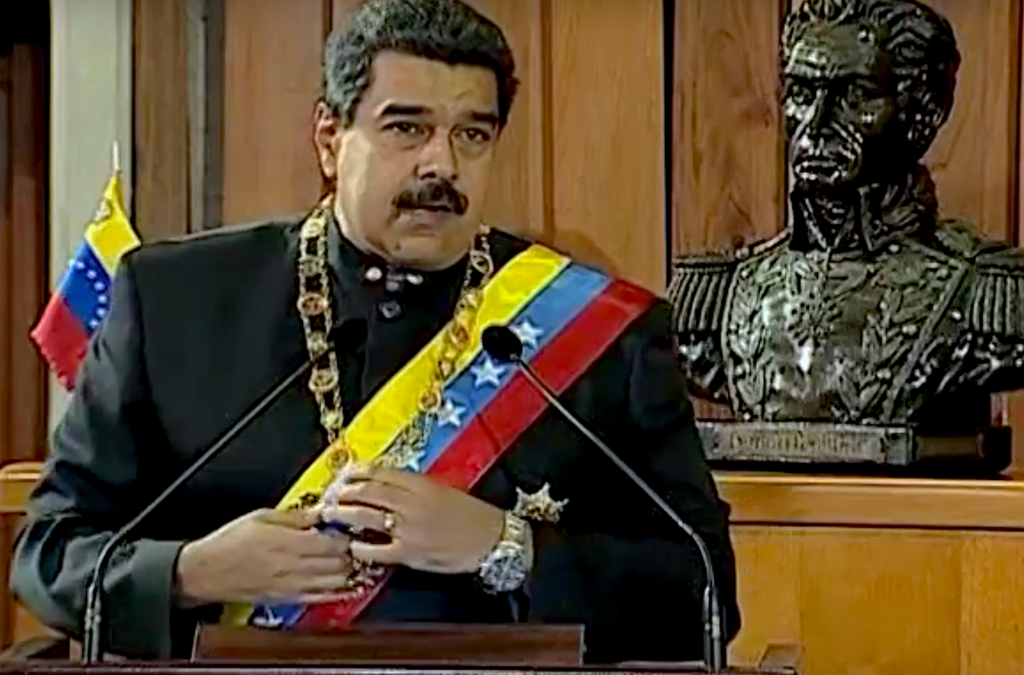 Article from Fox News by Gregg Re.

The potentially devastating economic move was aimed at increasing pressure on Maduro to cede power to the opposition. Venezuela is heavily reliant on the U.S. for its oil revenue, and sends 41 percent of its oil exports to the United States.

“Today’s designation of PDVSA will help prevent further diverting of Venezuela’s assets by Maduro and preserve these assets for the people of Venezuela,” Treasury Secretary Steven Mnuchin said during a White House news conference. “The path to sanctions relief for PDVSA is through the expeditious transfer of control to the interim president or a subsequent democratically elected government who is committed to taking concrete and meaningful actions to combat corruption.”

PDSVA is the acronym for Venezuela’s state-owned oil company. Critically, U.S. refiners are among the few customers that pay cash to Venezuela for its oil, because Venezuela’s oil shipments to China and Russia are usually taken as repayment for billions of dollars in debts.

Image Credit: By Government of Venezuela (https://www.youtube.com/watch?v=sXJ3qXny5Aw) [CC BY 3.0 (http://creativecommons.org/licenses/by/3.0)], via Wikimedia Commons

The Cost of Medicare -for-all EXPOSED