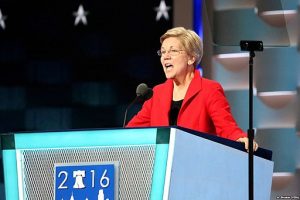 The Corruption Of Low-Income Housing Revealed

The rent is too damn high—so each year Congress appropriates billions of dollars to address the nation’s collective housing needs. The programs vary from loans to tax credits to straight-up subsidies, but a common feature is that federal taxpayers pony up the dough and then a motley collection of state-level politicians, financing agencies, and housing authorities decide how it’s spent. Can you guess where things go wrong?

In theory, oversight is provided by bureaucrats in Washington tracking every dollar and by local leaders increasing their re-election prospects by providing housing assistance to their constituents as effectively as possible. In practice, the feds turn a blind eye to inefficient uses of the funds while local officials gleefully engage in politically advantageous graft.

Take California Treasurer John Chiang. By virtue of his position on the three-member California Tax Credit Allocation Committee, Chiang exercises enormous influence over who gets $94.9 million each year in federal tax credits intended for developers of low-income housing.

He has used this position to great effect, steering millions to major campaign donors. These include Pacific West Communities, to whom Chiang has voted to give some $60 million in federal tax credits since 2007. The company has returned the favor with $37,000 in campaign contributions back to him. Some 82 California housing developments were funded with these tax credits in 2016.

The Benefits Of Legalizing Marijuana

California Criminalizes This Form Of Charity