Home > News > The First Bitcoin Billionaires Have Been Confirmed 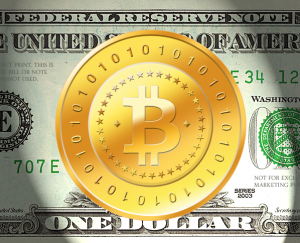 The First Bitcoin Billionaires Have Been Confirmed

Article from The Daily Wire by Amanda Prestigiacomo.

The Winklevoss twins are the first confirmed Bitcoin billionaires, according to a report from The Telegraph. Cameron and Tyler Winklevoss, who notably sued Mark Zuckerberg for allegedly stealing their idea for Facebook, invested $11 million into the international cryptocurrency in 2013, and after a massive surge last week, their Bitcoin empire surpassed $1 billion.

As noted by The Verge, Bitcoin “has surged over 10,000 percent since the Winklevoss’ investment, when one coin traded at around $120.” The brothers have held on to every Bitcoin, not selling a single one of the $11 million investment.

Cameron dismissed the notion that the currency was a mere Ponzi scheme back in 2013. “People say it’s a Ponzi scheme, it’s a bubble,” he told The New York Times. “People really don’t want to take it seriously. At some point that narrative will shift to ‘virtual currencies are here to stay.’ We’re in the early days.”

“If Bitcoin is a better gold or seen as a type of gold-like asset, then it could be in the trillions on a market cap,” said his brother Tyler during a 2015 interview. “We do feel those are very real possibilities.”

The Mueller Probe Is Costing Taxpayers Millions Of Dollars