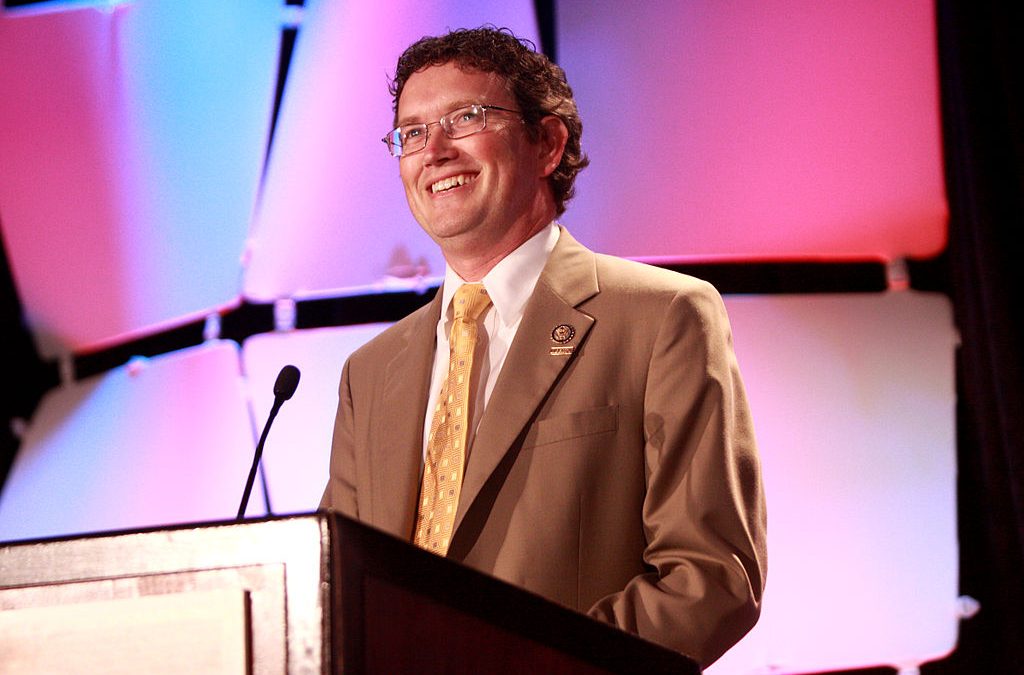 Article from CNN by Lauren Fox.

Washington (CNN)Rep. Thomas Massie, a Republican from Kentucky who voted against House Speaker Paul Ryan in January, cast votes against the budget bill merely weeks ago and was never close to a “yes” on the House bill to repeal Obamacare, says he will support the Republicans’ latest proposal to slash taxes.

“I am going to vote for this,” Massie said smiling. “This is a new experience for me to be excited about a bill.”
Massie’s decision to support the current House version of the bill is a major sign of progress for leadership that has often struggled to win support from the conference’s right flank. Massie, in particular, is known on Capitol Hill for voting against many of leadership’s must-pass bills and is considered a deficit hawk.
Massie told CNN outside the Capitol Friday afternoon, however, that tax cuts are a net positive for his constituents back home. He said he had some reservations about the bill adding to the debt, but added that he’d want to just cut spending to make up for it.
Read the entire article at CNN.
Image Credit: By Gage Skidmore from Peoria, AZ, United States of America (Thomas Massie Uploaded by AlbertHerring) [CC BY-SA 2.0 (http://creativecommons.org/licenses/by-sa/2.0)], via Wikimedia Commons
#Economics #Libertarian #Liberty #Massie #Property Rights #Tax Reform
News

The Inefficiency Of Big Government Allowed Shooter To Obtain Gun, But A Good Guy With A Gun Stopped Him